BACKGROUND
Antidepressants are the most commonly prescribed drugs in the United Sates. In 2007, two-thirds of the money spent globally on antidepressants was accounted for by the United States. Are Americans depressed more than other people in the world or is that medication just simply overused? Charles Barber says in his book, “Comfortably Numb”, that big pharmaceutical companies have seduced Americans into believing they need drugs for the normal sorrows of life in order to lead a happier life which they feel they deserve to achieve in this world.There is nothing wrong in using antidepressants for the treatment of severe mental illnesses such as schizophrenia. However, the over-prescription of these drugs, people’s over-dependency on these quick method and the lack of attention to other alternative approaches need to be questioned.

PROTOTYPE
Emotional Prozac is my attempt at creating an alternative mood-enhancing practice. It contains and releases, upon rotation of the cap, a collection of things people feel grateful about their lives. Listening to those stories remind the person of her own blessings, and act of noticing them may provide her with a different perspective to view her life. I admit this solution is too generalized and broad one. Given another chance to develop this piece, I would like to create a piece which helps people reexamine the underlying issues beyond their depression and teaches skills to better control their feelings. It would focus on an individual’s specific situation to create as a sustainable method they can reuse. 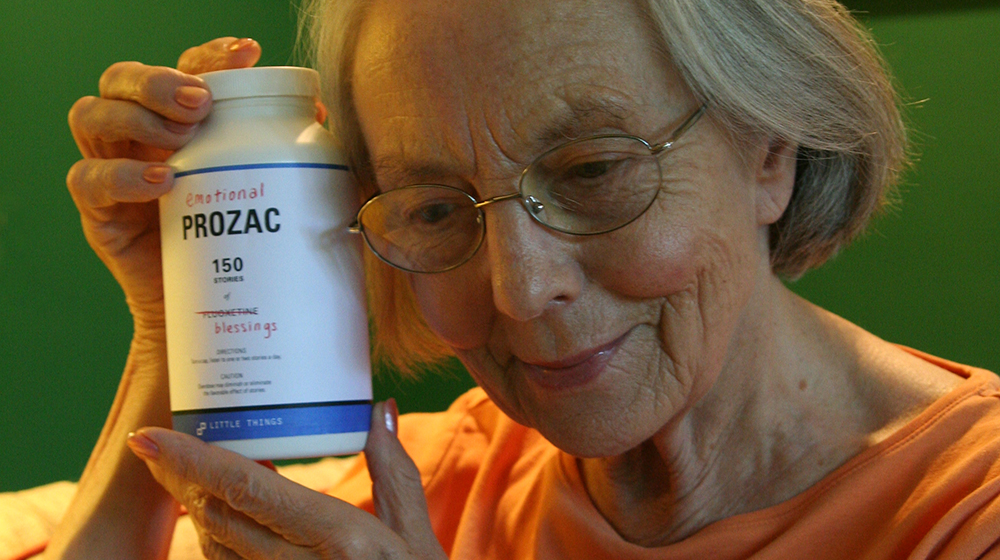